Hi there, I’m Stephanie. I live with my family in Stanwood, WA. My husband, Jeff and I got married back in 2011. At the time he was active duty Army and shortly after our wedding he left to serve in Iraq. When he returned, I relocated from our home state to his new duty station in Fort Bliss, TX. After an injury and medical retirement from the military, we moved home to Washington. We love it here especially in the summer when we can be outside. We have four beautiful daughters, Kenley (2014), Blake (2015), Ayla (2017), and Everly (2018). In September 2018 we became licensed foster parents and 13 months later we adopted Everly. We’ve had placements come and go, all taking a little piece of our hearts.

Our regular life changed dramatically in March 2016 when we learned our youngest daughter had Spinal Muscular Atrophy Type 1. SMA is a terminal degenerative neuromuscular disorder. It robs infants and children of their ability to walk, talk, eat, swallow and breath. SMA Type 1 is the number one genetic killer of children under 2. 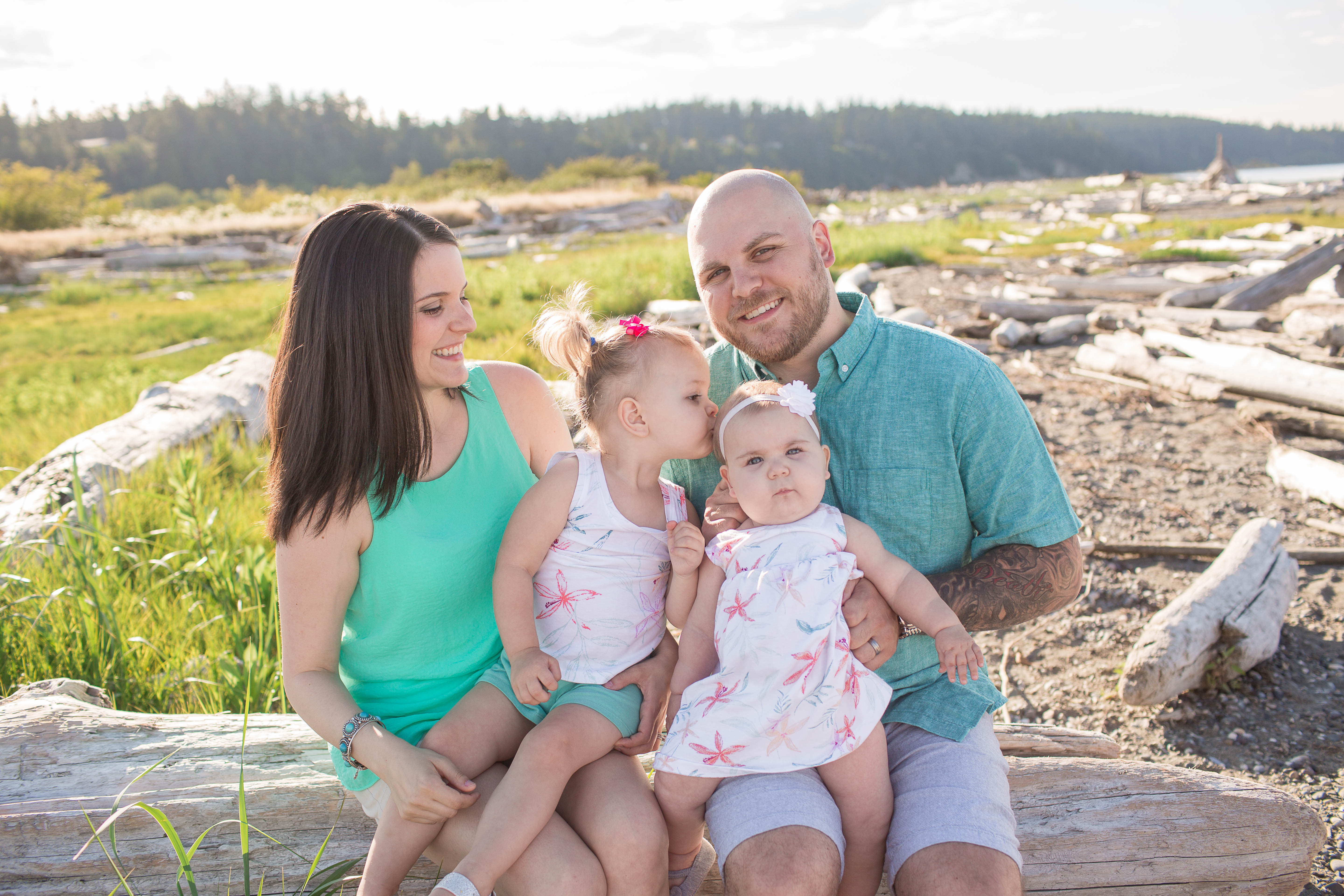 Blake died August 10, 2016 in her Daddy’s arms. She was one week shy of being 11 months old. Our hearts are broken and always will be. We miss our little sunshine so very much.

This is our story with all the bumps and bruises. Through it all we’re still finding sunshine.

2 thoughts on “A story about a family”